What’s the Point of Easter? 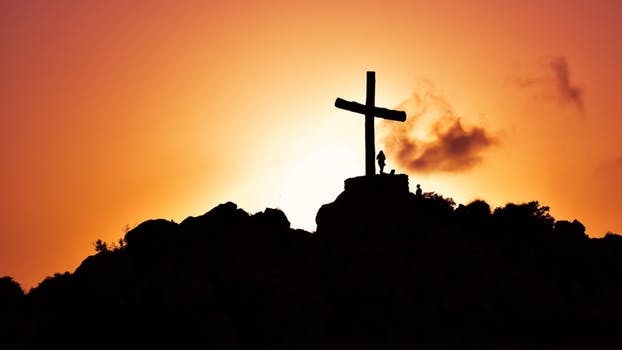 Are your eggs in your basket or still on the lawn?

Too often, I think, we want to scatter our eggs around to “cover our bases.” And like an Easter egg hunt, we discover one egg under a bush, another by a tree and two or three in the middle of the lawn. Scattering these brightly colored treasures is great for a hunt, but we don’t want to be running across “the egg left behind” in August!

For years I believed it was important to “hedge my bets,” as they say. I scattered my beliefs from one end of the scale to the farthest end of the other. After all, I believed, if Nirvana isn’t real and I can’t ascend to my “higher self” I can always fall back on Jesus. Isn’t that what they mean when they say, “Jesus saves?”

I was like millions of so-called believers who simply added Jesus to their fast food drive-in faith menu. “I’ll have a side order of Good Works to balance out my main course of Live and Let Live, followed by a slice of a Peace and Love Mantra for dessert, please.”

As we look ahead to Good Friday, let’s step onto the streets of Jerusalem and join the crowd shouting, “Hosanna!” Jesus is riding a young donkey descending the dusty Mount of Olives heading for the Eastern Gate of Jerusalem. The breeze carries the shouts of the people down to the valley ahead of the procession like the blast of a whistle warning of a train approaching a crossing. Excitement buzzes through the people like bees pouring from the entrance to a hive.

The masses propel Jesus through the gate toward the steps of another hill, the Temple Mount — and toward His death. In a few days this jubilant crowd will remold itself into a lynch mob demanding Jesus’ death. It would be the most shocking and tragic, yet the most necessary of days — the crucifixion of an innocent man, Jesus, ordered by the Roman governor Pontus Pilate.

As He descended into the city Jesus knew what was ahead. He knew He would be betrayed by one of His closest friends, beaten beyond recognition, mocked and humiliated in public, a thorny crown would be jammed down on His head, His back would be shredded by the Roman whip. Yet onward He came — intentionally.

The angry mob would follow the Man up a third hill, Golgotha, to His final destination — the cross — the reason for His coming in the first place. The jeering died down as the Carpenter was nailed to a tree He created. The taunts returned as the cross was hoisted up for all to see.

Jesus looked on His accusers with forgiveness in His eyes and breathed His last. All creation held its breath, then recoiled. The sky turned black. The sun disappeared. The earth kicked back like a bucking bull. The veil to the temple was torn in two. The weight of sin had supernaturally spun itself together like metal shavings racing to a magnet, forming an arrow that pierced the heart of God Himself.

Someone had to pay the price. Someone had to bridge the gap between man and God caused by sin. Jesus had put all His eggs in one basket. He had given all He could — for you and me. Buddha didn’t. Mohammad didn’t. None of the Hindu gods did. That crystal rock around your neck didn’t. Science didn’t. Mother Earth didn’t.

It was finished. The crowd was silent. Satan had won. The disciples fled and Jesus was dead. It seemed all was lost.

That third day makes all the difference. An earthquake shook the ground. The stone sealing the tomb’s entrance began to move. Light exploded from inside the tomb. The Roman guards bolted in terror. Jesus stepped out from the hand-hewn cave. And all of creation cried, “Ta da!”

It was Sunday, and it was REALLY finished!

All the bad was left on the cross on Friday — sickness, disease, pain, suffering, evil, sin.

All the good walked out of the tomb on Sunday —  healing, restoration, redemption, power, new life.

And that’s the point. Jesus didn’t stay on the cross and we don’t have to either. Sin has nailed us to that tree but the only way down is to die. Die to our selfishness, our pride, our independence, our stubbornness and our arrogance to want to have it all without paying any consequences.

Are you still trying to live your life on your own terms without paying a price? How’s that working out for you?

Our only solution is to die. Give our lives to Jesus and let Him restore them to REAL life. And that’s what the resurrection is all about. Jesus gave us a way to be healed, restored, redeemed with power in order to live a new life. Right here. Right now. All we have to do is open our hearts and let Him in saying, “Jesus, I’ve blown it and I can’t do this on my own. I need you. Help me.”   And He will.

While we’re enjoying our Easter egg hunts or watching others scurry through the yard picking up eggs like mice in search of cheese, why don’t we look around to see if we have any eggs that have slipped out of the basket? As for me, I’m not leaving a single one on the lawn.

He has risen indeed! Happy Easter!